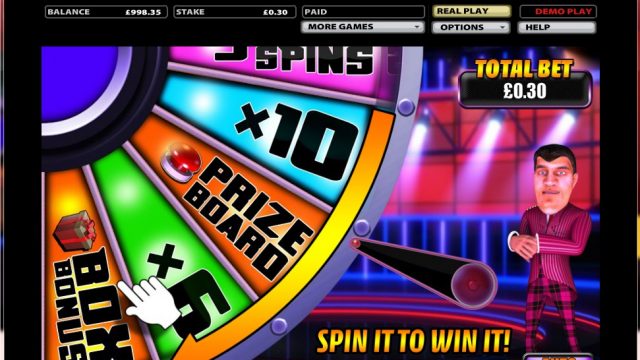 Join your host, Buzz Goodwin, as he takes you for a spin in the limelight. Fabulous prizes can be won on any of the 30 win lines, or from the amazing Prize Wheel, where you control the spin of Buzz’s giant wheel of fortune. The Prize Wheel can award either a cash value or an additional bonus feature that will award even more cash. The additional bonuses include Buzz’s Box Bonus, Prize Board and Prize Spins! For your Prize Spins you will be awarded 5 free spins where the middle reel will become totally WILD giving players incredibly high total wins. Players can also gamble all wins up to the preset maximum win value, usually £500,000.