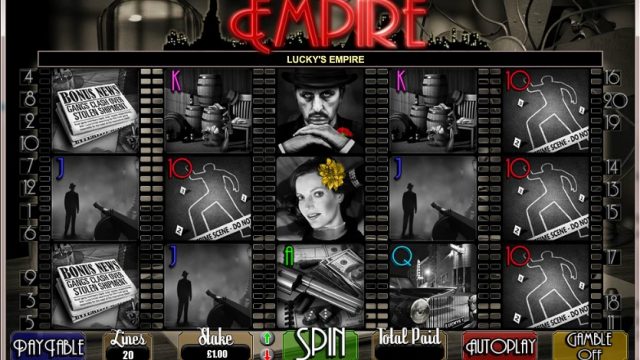 The game itself is set in the Roaring 20’s and players must help bootlegger “Lucky” find the rat who stole his liquor! Those who succeed will be richly rewarded. Features include “Lock ‘n’ Load” reels which spin multiple times to generate bigger and better wins, as well as three progressive bonus rounds named Mugshot Mayhem, Stash Search and Lucky’s Office. Players can also gamble all wins up to the preset maximum win value, usually £500,000.