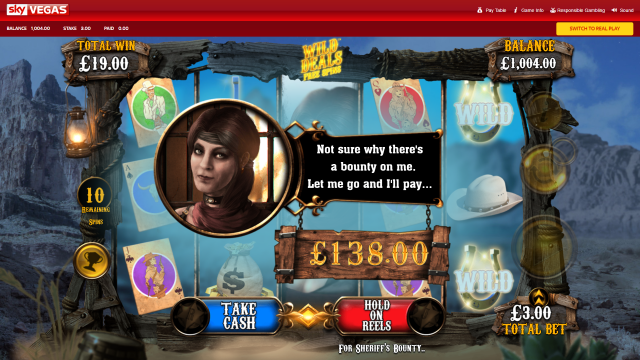 Wild Shootout – A number of wilds appear on the reels

Wilds West – Wilds West starts when a Dynamite Wild Symbol lands on reel 5, reel 4 or reel 3. The Wild symbol then moves 1 reel west on each spin until reel 1 is reached – these extra 2 to 4 spins are free.

Wild Bandits is also the first game that we have done at Games Warehouse that has an achievements system implemented in the game that ultimately will effect the RTP of the game once all Sticky Wild Bandits in the game have either been captured or released.