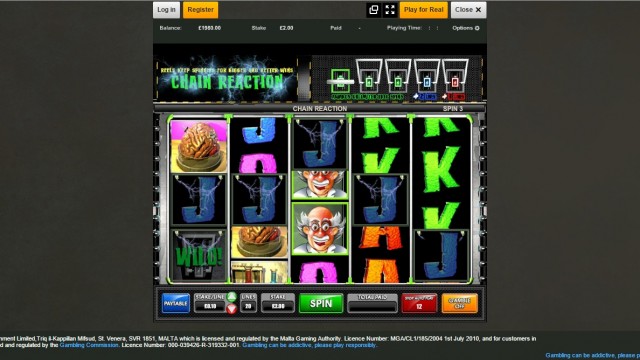 My first task when appointed as a Software Engineer at Games Warehouse was to create the Flash version of this game. I took the game through from concept to deployment onto Ladbrokes and Betfair via an OpenBet integration. At this point Games Warehouse were outsourcing our mobile games to Core Gaming, Knowle until our HTML5 canvas framework was completed.

The game itself features a character that appeared in another of Games Warehouse’s named Dr Frantic & the Lab of Loot, which appeared on SkyBet Vegas for over a year before being pulled recently (November 2015). This game features “Unlimited” freespins, a chance of receiving a multiplier bonus after any win and a the chance to gamble each win up to the maximum win of £500,000.